One of our main priorities at Plan B Group is the psychological well-being of our staff – be it by helping them navigate the busy demands of life, career, family and self-care. As part of this ongoing commitment, Plan B has planned a series of interesting, fun and often educational speakers – including Tate Kemp – and events to expand and stretch our minds.

This month, All Abilities Public Speaking’s founder, Tate Kemp with the assistance of his support worker Taylor, visited our office to share his incredible story. Tate provided interactive insights into the challenges of living with a disability and shone a light on circumstances that we often take for granted. Tate Kemp has an incredible story.

Tate was born with Cerebral Palsy, a lifelong condition affecting his body movement, coordination, muscle tone and speech. He lives in the Macedon Ranges with his family and spent much of his early life receiving specialised treatment to re-train his muscle groups, so he could walk, communicate and participate in life.

In 2009, at the age of just 8 years old, Tate became a recipient of the Pride of Australia medal, having completed two 5K Melbourne marathons in his walking frame raising money and awareness for Cerebral Palsy.

Melbourne Marathon team realised, with the help of Tate’s participation, there was an event missing for challenged competitors and opened a 3k event. Since then Tate has completed 13 Melbourne marathons and became the first honorary Spartan, an accomplishment received after finishing ten marathons.

His love of sport has inspired Tate Kemp to contribute to many other charities like ‘The Big Freeze’ foundation where he contributed to most beanies sold by raising close to $90K in 2020.

After leaving school Tate assessed his employment opportunities and knew his options were limited. To share his story and educate people about the challenges of living with a disability and the barriers each person faces daily, he started All Abilities Public Speaking.

Tate says, “It gives me the perfect opportunity to connect and bring people together all while spreading awareness of disability and inclusion. A supportive environment can improve an individual’s overall wellbeing and contribute to a meaningful experience for all”. Oh and by the way, if starting his business wasn’t enough, during this time Tate also completed a Certificate 1 in Work Education through TAFE! Tate’s mission is to break down the mindsets and barriers, influence, and challenge others to think differently about disability and increase a more modern understanding of the social model of disability and make long-lasting positive changes. And at just 20 years old, Tate is truly making an impact.

To say we were blown away by Tate Kemp’s presentation and his long, long list of achievements is an understatement; with lots of laughs and a few tears, the Plan B team walked away feeling incredibly inspired and hold a fresh awareness of disability and inclusion.

To learn more about Tate’s incredible story please visit and follow his mission on social media; 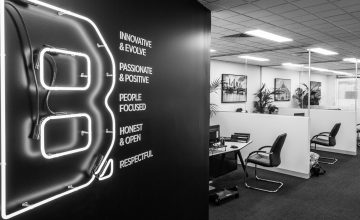 Leading through a Pandemic: Challenging Convention 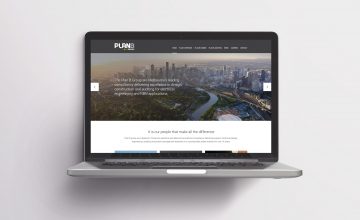 Meet the Newest Member of the Plan B Group

© 2019 Plan B Services. All Rights Reserved. Website by Plan B Marketing